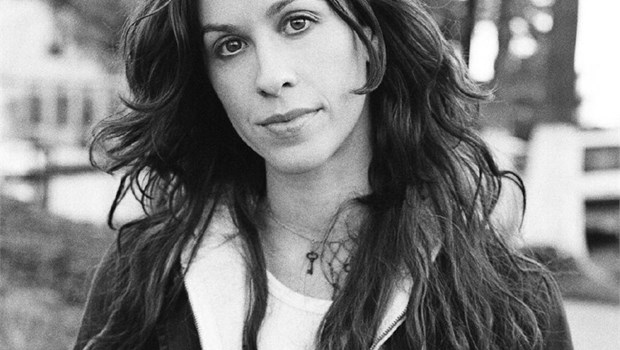 90s News! Our wrap of what you need to know from the decade that won’t go away.

Proving true the old adage, ‘There ain’t no party like an S-Club party’, everyone’s favourite TV band from the ’90s have reunited – if reports from The Sun are to be believed.

The paper’s dubious ‘source’ claims that the seven original members have dodged big-money offers to reunite over the past few years, and have only now taken the bait.

Manager Simon Fuller is claimed to be behind the reformation, with The Sun‘s ever-reliable ‘source’ hilariously claiming “Simon wants this comeback to be even bigger than Take That or Steps.”

Bigger than Steps! A man can dream…

Bachelor Girl’s debut single ‘Buses and Trains’ was a huge success in 1998: selling Platinum, and hitting #4 on the national charts. The Aussie pop duo split in 2003 after two critically acclaimed records, last reforming in 2011 to play a handful of gigs to promote a best-of collection.

Vocalist Tania Doko’s latest project is worlds away from the woodsy pop of her past, seeing her team up with Dutch producer Leroy Styles for what musical scholars would describe as a “slammin’ house track”. Although Doko’s vocal is heavily manipulated, her recognisable rasp still cuts through nicely.

Bush, the most American-sounding UK band since Led Zeppelin, and the guys who taught you the word ‘Glycerine’, have announced their sixth album ‘Man On The Run’ will be released on October 21, with a lead single, ‘The Only Way Out’ to be released on September 9.

Frontman Gavin Rossdale is also serving as an advisor on the upcoming season of The Voice, which – if Seal’s success in Australia is any indication – might bump Bush back into the album charts.

Now, sit back and enjoy this Kurt Cobain tribute video set to’ Glycerine’.

B*Witched’s monster hit ‘C’est La Vie’ is remembered as one of the most innocent, buoyant pop song of the ’90s (there is even a fiddle solo), but once you stop to consider the lyrics, you may realise that it’s filled with sexual innuendo. Ah well, another childhood memory shattered by adult reality. The Irish four-piece still party like it’s 1998, however, having crowdfunded a new six-song EP (so indie) named Champagne Or Guinness. The good news is, it’s exactly as it should be. The title track in particular sounds like vintage B*Witched – which is to say you can link arms and skip in a circle to it.

The EP was pre-released a few months ago to fans who pre-ordered through PledgeMusic, but is receiving a proper release next month. Listen below.

Scott Weiland is now into shoplifting

When Scott Weiland goes off the grid, he really does it well, with TMZ reporting the Stone Temple Pilots frontman has been in jail for the last month, after trying to shoplift razors while having methamphetamines on his person – as you do.

The star was actually charged with burglary rather than shoplifting, as the police claim he went into the Beverley Hills store with the express intention to steal. He was prepared, too, putting the stolen items into a bag that insulates from security sensors.

Weiland is apparently being held on a $95,000 bond. Kickstarter campaign, anyone?

If there is one Canadian pop star who can completely relate to Bieber’s meteoric rise and the glaring spotlight shone on him, it is Alanis Morissette. Her 1995 record Jagged Little Pill sold 33 million copies, and was released just as the young star turned 21. In an interview with the Ottowa Sun, Morissette claimed she still suffers from post traumatic stress disorder from the period.

Relating to Bieber’s current situation, she told the publication:

“It’s very difficult because when you’re that age you’re trying to define yourself, trying to find out who you are, what your values are and what you believe in. You’re supposed to be experimenting. It’s a time when you’re supposed to be trying on red, blue, yellow, green, you know? Seeing what works for you and finding out what integrity even means. All of this happening in the public eye while you’re being hyper-judged, hyper-accessed… it’s not the ideal environment to be cutting your teeth on. It’s a very unusual circumstance to be famous, while you’re in the early stage of development… I still have PTSD (post-traumatic stress disorder) from it.”

In happier news, she also mentioned she will be releasing a new studio album in mid-2015, with 13 songs currently at various stages.