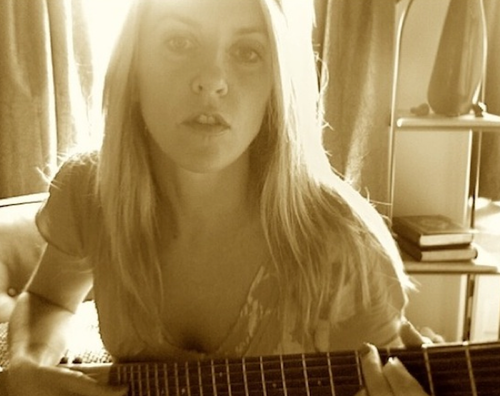 I guess I must have been eleven when I discovered the Babysitters Club books I’d been devouring devotedly were probably intended for girls. There were earlier signs, as there always are: the pink glittered spines on the special editions; the row of heart-splattered bookmarks which came free with certain books; the solely female protagonists; everything else about them. And while I realised that I didn’t mind not being Ann M Martin’s target audience, I also realised very quickly and quietly that I would have to hide this obsession. Which is how I became a secret member of the Babysitters Club; admittedly more of a junior member like Mallory or Jessi – but still a devoted member nonetheless.

I learnt a lot from those girls; not about babysitting, mind – like most things of value, the premise was but a flimsy pretext – but about infinitely more important things, all rendered in title case as Kevin Arnold-esque moments of discovery. How Romance Works. How Girls Think. How To Be A Good Friend. The Secret Passage In Dawn’s House (the latter one hasn’t served me too practically, I’ll admit). I learnt about diabetes and divorce through Stacey. I learnt what tomboys and stepfathers were through Kristy. I learnt how to spell the word “Connecticut,” a skill that has helped with my burgeoning career as a tiresome chronicler of all things Gilmore Girls-related. I developed pre-teen crushes on all five members, bouncing around the club meetings like a curious beachball. Kristy became too much of a tomboy for me early in the piece, and I liked, and more importantly could relate to, Mary Anne’s anxious shyness. I detested her perennially absent, boring boyfriend Logan (associate member: what the fuck is that?). I liked Claudia’s exotic nature (god damn you half-Japanese girls) and her disinterest in any subject at school that wasn’t art. My crush quickly transferred to Dawn once it was revealed Claudia was terrible at spelling, and that Dawn was from California (a mythical world the Beach Boys had informed me of via their greatest hits tape). And, I suppose I wanted to fuck Stacey, even if that idea was a conceptual non-starter at the age of 11 (wasn’t it? Lil Wayne says he knowingly and willingly lost his virginity at 12, but can that be true?).

My next big sister/older crush was Liz Phair, who kindly took me under her wing when I was 16 or 17; that wonderful time when you are old enough to have clumsy, messy sex but not old enough to watch a stilted simulation at the cinema. Her album Exile In Guyville took the five Babysitters Club archetypes and blended them all into a sexually explicit, resigned, heartsick, confused, angry, pandering, petulant, blonde whirlwind. A wonderful, messy girl singing about feelings that I was yet to actually experience but could acutely empathise with. Or at least vividly anticipate. Exile In Guyville taught me about sex; not movie screen sex, or backseat sex, or train-through-the-tunnel sex, but proper, adult, feelings-y, consequence-y sex.

This 1993 album is still considered canon crib notes for intelligent, over-analysing females everywhere, but all 17-year-old boys should also be issued this album as a guide on ‘what-not-to-do’ and ‘how-not-to-act’. The guys in Help Me Mary seemed to elicit the most vile from Liz Phair, and as a young guy desperately clinging onto all that she thought, I knew I didn’t want to be one of those guys who “bully the stereo and drink,” nor did I want to imagine every girl I cast eyes upon in mid-coitus. The Divorce Song single-handedly turned me into a better, more understanding future-boyfriend (“It’s harder to be friends than lovers /and you shouldn’t try to mix the two/ ‘cos if you do it and you’re still unhappy/ then you know that the problem is you”, still stands out as the universal truth that it is), while Soap Star Joeinstalled the belief that no man is man enough to save any woman. Fuck and Run cast the allure of one-night stands as empty artifice before Flower countered this viewpoint two songs later with such brash, shocking sexuality that I longed to be “obnoxious, funny, true and mean” and quite possibly anchored my entire personality around this just to elicit the type of future-lust from a future-woman that Phair exhibits in that song.

But most of all, the real reason all 17-year-old boys should be given this record is that it acts beautifully and definitively as a exploration into the mind of an intelligent, autonomous, cool-as-fuck, broken, bookish, self-conscious, noise-loving girl. The girls that teach you not only that there is no God, but that knowing this to be true somehow makes everything that much more sad and finite and beautiful and worth holding onto. These are the girls you need to understand, learn from and surround yourself with. At least, until Stacey comes back from New York. Say hello to your friends.